The new capacitors for the Toshiba T1000LE I talked about in my last post were delivered this weekend.
I really was hoping to make some good progress, but ofcourse I ran in to some troubles.

The first problem being that unfortunately two of the capacitors are in backorder.
They will take two(!) weeks to arrive, which is just too long.

Whilst filming the process I encountered some difficulties removing the old, corroded solder and desoldering the old capacitors.
Because of this the filming is taking a lot longer than I initially wanted to.
The YouTube video will have to be split up into multiple shots over multiple days and edited together. 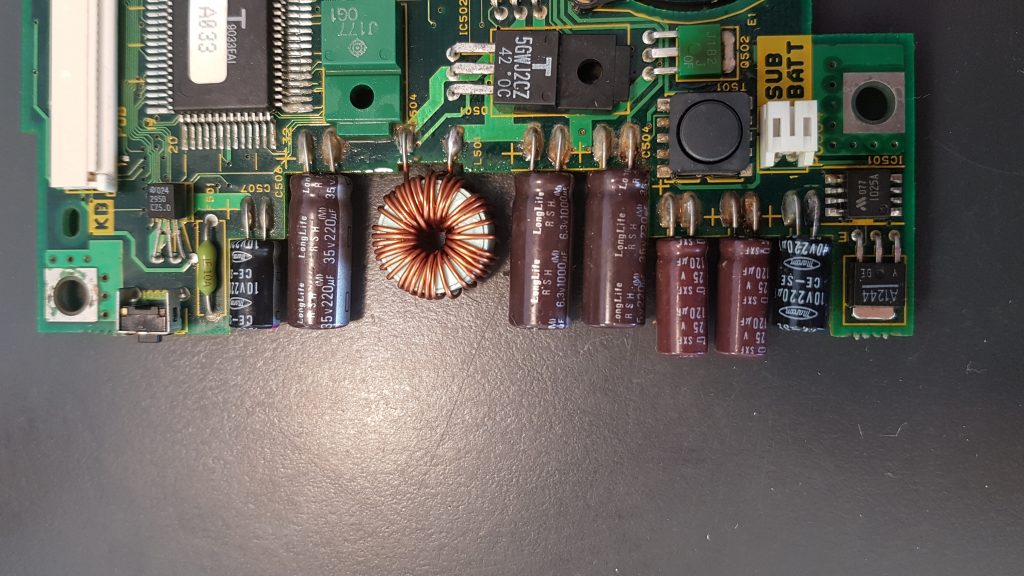 As you can see in the above picture, everything is quite badly corroded and full of dried-up electrolyte.
It was quite challenging to remove all the old solder, clean up the board and re-solder the new capacitors.

I’ll try to get a hold of the last missing capacitor (one of the 120μF 25V ones to the right) and replace it today so I can see if the machine works.
I’m hoping only these brown capacitors needed to be replaced to boot the system so I can run some diagnostics on it.
Eventually, though, I will replace all the other capacitors to make the machine future-proof.
Looking into replacing the RTC and “SUB” batteries might be wise too, as this machine was never opened, anything in it is 28 years old.

So, if all goes well I might have a post on a working Toshiba T1000LE this evening or tomorrow.

I’m really looking forward to getting this machine up and running.